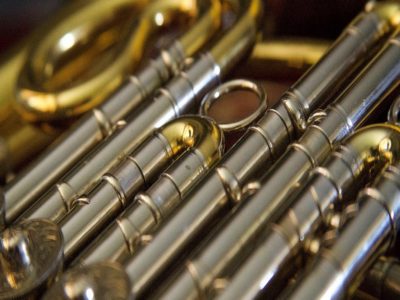 There are many words which we all share happily in meetings, conferences, strategic planning sessions, conversations with colleagues… The one that absolutely everyone agrees with, and always gets nods of agreement – ‘creativity’.

Do I mean what you mean by this word? Does the Department for Education mean what parents mean? Do pupils mean the same thing? And what about exam boards? It is being written into to curricula and schemes of work, so it would be helpful if we all had some shared view.

I’ve been in music education for a long time. When I was in school the idea that I should exercise any individual creative input into what I learnt would have seemed very odd. No – I learnt my scales, was told by instrumental teachers how to play pieces (mostly composed by long dead Germans), and harmonised Bach chorales in as accurate a pastiche as possible. Success was measured in reproducing, accurately, the musical thoughts of others. I was trained, not educated. O level and A level, ABRSM grades, membership of youth ensembles, attendance at a junior conservatoire – all these were successes, and I enjoyed them all. But did I get to use any degree of creativity in any of them? Barely, if at all. This was a thorough and effective training in a range of skills.

Not that there is anything wrong with training, per se. It’s been done like this for many years, and has produced a small number of highly skilled, often professional, musicians. But this model isn’t for every learner, and the number of children who never engage, or fall by the wayside, is enormous. And this style of tuition was very narrow – teaching in the teacher’s image. In my own experience, it was strictly classical. My secondary school – an ordinary comprehensive serving a small Welsh town – had no amplifiers or microphones, and only acquired a drum kit as I was about to leave. Tuition was the traditional ‘brass, woodwind and strings’. A decent school orchestra, and a good school choir (made up, in part, of the same people). Maybe fifty active musicians in a school of over a thousand.

As a young teacher, I was determined to change things. John Paynter and his followers were major influences on my teacher training, and I was absolutely convinced by the liberating influence of composition on the curriculum. (This was long before the days of a National Curriculum.) I had studied composition at university, and was completely persuaded that this was a key to unlocking the musician within every learner. Arriving in a Yorkshire secondary school still working in the traditional way was a shock to the system: to survive I quickly needed to revert to a ‘training’ based system.

A colleague told me that he’d enjoyed a recent training day (provided, I stress, by a music hub other than mine!). What did you do? I asked. Oh, just the usual clapping in circles.

This ‘clapping in circles’ burst upon the consciousness of music educators sometime in the 1980s, along with training days (‘Baker Days’) to do it. It became a little industry, and was liberating indeed for those still stuck in the ‘training’ mindset. A common outcome I saw was the idea of a ‘creative warmup’ in instrumental lessons. A step forward, certainly, but the lesson content following the warmup was back to the ‘training’.

A plug now for the ’Common Approach’. This document, dating from 2002, was produced by the Federation of Music Services as a shared framework for instrumental learning, and in response to the National Curriculum for Music. It now gathers dust on a lot of shelves in many music service and hub offices. But it changed a lot. Especially, in this context, the idea that ‘interpretation’ is a truly creative process – as creative as improvisation and composition. This, for me, was a revelation. I’m sure that as a musician I had been making creative, interpretative choices whenever I played or sang, but this public declaration changed my vision, and my teaching.

This forms a potential bridge between musical genres which are distinct, and which sometimes like to insist on their distinctiveness. If we acknowledge that interpretative decisions are choices – duration, tempo, articulation, dynamics, phrasing etc – then this has so much in common with improvisation. And if the key point we see is musical choice, then all genres are open to explore. Some will be more constrained, and some freer. We know what notes Beethoven wanted. We have a lot more freedom in many folk traditions. And once we get to jazz, then improvisation is expected. This continuum of notation to improvisation would have been familiar to classical artists in the past (Bach, Handel and Mozart were all noted improvisers), but has been denied to generations of children through narrow training.

The opposite of ‘creative’ is ‘destructive’. Not, perhaps, what we would want for music education.

artforms, creativity, Improvisation, John Paynter, music, music education, music hub, musicians, National Curriculum, orchestra, Yorkshire, ’Common Approach’
We use cookies on our website to give you the most relevant experience by remembering your preferences and repeat visits. By clicking “Accept All”, you consent to the use of ALL the cookies. Click "Cookie Settings" to provide a controlled consent.
Cookie SettingsAccept All
Manage consent