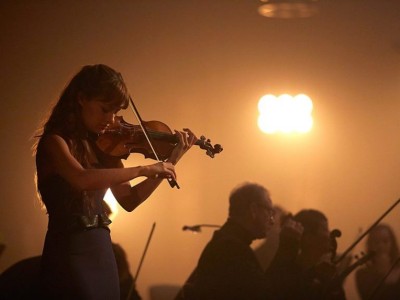 Building on the success of BBC Music’s Ten Pieces for Primary, which has already engaged more than half of UK primary schools, the BBC is extending the ground-breaking initiative to secondary schools. The aim is to open up the world of classical music to children aged 11 and above, inspiring them to respond creatively to the repertoire.

An inspirational new cinematic film will feature stunning footage of the BBC Philharmonic performing a new selection of orchestral music, representing a wide range of styles and eras relevant to the music curriculum.  Each piece will be introduced by celebrity presenters known to the age group, using an engaging mix of live action and animation.

Reasons to be involved

Involvement in the project will:

BBC Resources will include:

What people have been saying:

“I believe that the Ten Pieces project has been one of the most significant initiatives within the field of music education.”  Philip Litchfield, Berkshire Maestros

“The YMI (Youth Music Initiative) tutors, teachers and pupils are loving the project….It is such a full, well thought-out structure that has captured the imagination of pupils and their families… an amazing project with fantastic resources!” Gillian Mooney, Falkirk Community Trust

“It has broken barriers that haven’t been broken before.” Emma Coulthard, Cardiff Music Development Service

“I am close to exploding with excitement as the Ten Pieces initiative had such a profound effect on the community, not just the individual pupils. In fact the effect was so powerful that I am in the process of launching instrumental lessons on a scale like no other!” Gaer Primary School, Newport, Wales