Musical Multilingualism – a blog by Stephen Wild, Head of Music at ArtForms 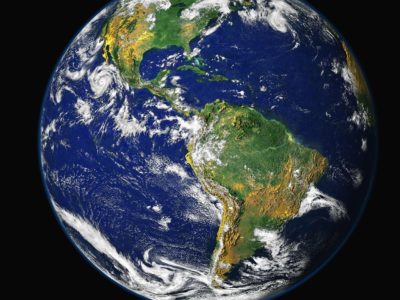 How many languages do you speak? Fluently, or just a bit – so you can get by? Personally, I speak English, I can get by in Welsh and stumble my way around in French.

Leeds, where I lead the music hub, has a glorious diversity of languages. Recent data (2014) shows that Leeds is the most diverse city in the UK outside London, and that there are over 170 languages spoken in Leeds schools. That’s a lot of languages. How do these children communicate with each other in the Babel?

Well it’s simple. (Nearly) everyone speaks English. All schools use English as the principal language of tuition and communication. Extra help is given to students who struggle to speak English well. So that’s fine, isn’t it? We all speak the same language and do everything in the same way. This must also apply to music as well – what an efficient world we inhabit where one size fits all.

I can only sympathise with those who have to negotiate life in Leeds without good skills in English. It’s a complicated world, and it’s not always possible to navigate the complexities of life in languages other than English. Yet every coin has two sides, and the benefits of being truly bilingual (or better, multilingual) are significant. There are health benefits and benefits in learning other subjects. And there are benefits when it comes to understanding each other. These are personal to the speaker of languages, and also spread across the society which functions mutilingually.

But this blog is supposed to about music, isn’t it? Not language. Fine. But music is a ‘universal language’, apparently! Only up to a point. Music has languages, dialects and accents. I can identify that the jazz played by Stéphane Grappelli is in a different style from that played by Miles Davis, and my experience of listening to jazz tells me that Grappelli’s jazz sounds, in a way very difficult to put into words, ‘French’. I would struggle to explain how. Similarly, Aly Bain sounds very ‘Shetland’ to me as a fiddler. And Rodrigo’s Guitar Concerto sounds tremendously Spanish. These distinctions are based on subtle things indeed: the way a harmony is inflected, or a melody articulated, or ornamentation applied.

However, I speak all these languages musically. I’ve played, listened to, studied and taught in all of these genres and styles. (By the way, I am not getting into the minefield that is the subtle distinction between style and genre, and will be using the words interchangeably). With familiarity comes a degree of understanding. While I could argue that nobody could ever fully ‘understand’ a piece of music – there’s far too much meaning in music to unpack fully – I have no doubt that we all have a degree of comfort with some musical styles, and much less so with others. I greatly admire and enjoy South Asian classical music, for instance, and have some knowledge about it, but it still feels to be outside my world of understanding.

Many people, in many countries and cultures, are genuinely bilingual or multilingual. Switching languages is as easy as changing shoes. Many people in Canada switch with extraordinary ease from English to French and back. How many musicians are equally comfortable in more than one style? Do you know anyone? I’m not – or not really. I’m classical by training, and was taught in a very traditional classical way. A teenage experience of youth orchestras and choirs was followed by university degrees (which was very classical in content). I love orchestral and chamber playing, and have played all my adult life – occasionally for money, and always for love.

A lot of people know me as a folkie. I took up the accordion in middle age. I love it. I play a lot, and have a chance to explore the traditional Welsh tunes of my childhood, and to learn tunes from many other cultures. I get to play for dancing, and in pub sessions: things I would never get to do as a classical player. It’s not my first language, though. I’m not quite fluent. I can get by, but sometimes it fails me. Just like when I try to speak French.

However, playing folk has revolutionised my classical playing. I play horn, and the melodic nature of much horn repertoire is so much like the melodic nature of folk music. The freedom of expression, the exploration of colour and the freshness of approach has been liberating to me after years of strict ‘the right notes in the right order’ playing. I still think that I play most of the right notes, and mostly in the right order, but I’ve allowed myself the mental freedom to imagine them differently. I firmly believe that I am a better musician for it. (Audiences, however, are entitled to form their own opinion.)

Classical music is capable of enormous depths of expression. It can, and does, stir the deepest of emotions in me. But classical musicians often feel that they are the servants of the music, or of long dead composers.  Folk musicians don’t (often) think like this. They are the servants of the audience. They are on stage to entertain. And they can also play and sing in a way that moves an audience deeply. I find this change of focus inspiring.

And I can bring things to the folk style, too. I am fluent at using music notation (which many, but not all, not all folk specialists are). I know about the theory of harmony.

It’s not just the classical/folk transition which enhances each other by cross-fertilisation. Jazz, popular music, you name it: everything supports and encourages everything else. I love the way that the folk tradition in the UK has expanded. You can still hear Cerdd Dant at eisteddfodau, and watch morris dancing in English towns and villages. But now we hear folk with amplification; with instrumentation drawn from around the world (bouzouki, anyone?); basslines shared with pop; chord sequences with jazz. This is really positive, and produces exciting results as the traditions collide. The same is true in other traditions too.

The next time you walk on a pavement, along a busy or quiet road, look down. The paving stones are solid, regularly shaped and permanent. Nothing much to see. But in between, in the small cracks, we see life. Plants and minibeasts make this their home. This is where the big pavement slabs join. There’s often a lot of vitality in the big, established musical traditions too, but there’s a special profusion of life at the margins and at the intersections.

And as educators: what are we going to teach children? Which style? How many styles? How many doors can we open? How many of these fascinating collisions of culture and knowledge can we create?

And how can we develop our workforce in the musical multilingualism? What is our capacity to encourage this degree of open-mindedness, receptiveness and musical inclusivity? Increasingly, younger staff were brought up in this multi-stranded world and bring this to their teaching. More experienced staff can take their part in this too, of course. If I, as a crusty old teacher, can have made this journey, there’s hope for us all.

blog, language, Leeds, music, Stephen Wild
We use cookies on our website to give you the most relevant experience by remembering your preferences and repeat visits. By clicking “Accept All”, you consent to the use of ALL the cookies. Click "Cookie Settings" to provide a controlled consent.
Cookie SettingsAccept All
Manage consent